Psilocybe Tampanensis: Everything you need to know about the original Philosopher's Stone

Today, it is accessible to everyone to consume magic truffles in the greatest ease. It is a use, which, unlike magic mushrooms, is perceived as comfortable. Originally little known to the public, it was thanks to the worldwide ban on psychedelic mushrooms that it gained popularity over time. Thus, authorized in several states, we can obtain it with the online ordering and the reception by mail. Its use is both fast and efficient. This contrasts with the time and effort required to take magic mushrooms, which only sell by grow kit.

But were you aware that the world almost missed out on our magic truffles? Did you know that the Philosopher's Stones that we ingest exist mainly thanks to Psilocybe Tampanensis? Find in this article all the information about this variety, from its history to its effects. Discover the original species of magic truffles in detail!

The discovery of the philosopher's stone 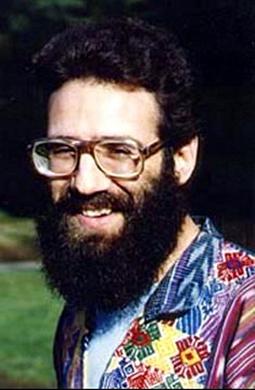 Among all the magic truffles that exist in this world, Psilocybe Tampanensis represents a unique variety for several reasons.

Its first reason concerns its history. The discovery of Psilocybe Tampanensis is rather recent, going back less than 50 years, on September 3, 1977. It was the American mycologist, Steven Hayden Pollock who was the first to find this new variety. The timing and the anecdote are memorable, as this event took place on the same day as the second International Mycological Congress.

It is moreover the American mycologist, happy with his discovery, who gives the name of "Philosopher's Stone" to the hallucinogenic truffle. Psilocybe Tampanensis is a rare variety, which has only been found once in Tampa, Florida (hence its name) and a second time in Mississippi. Unfortunately, neither of these two situations showed signs of possibility for a culture. Indeed, the species was first discovered in wild and sandy terrain.

Aware of the situation, Steven Pollock made the decision to clone this species, in order to make it last. In addition to his success, he also manages to extract a strain of Psilocybe Tampanensis which will allow the production of sclerotia of larger sizes. It was an initiative that made a fortune for the American mycologist, as two years later he decided to found a company in the name of Hidden Creek. In the same year, 1979, Steven Pollock and his co-founder became the biggest sellers of magic mushrooms.

Despite the booming turnover, prescriptions for magic truffles remained illegal. This ended up creating complications for the mycologist, as the growth in these sales put the state pharmacy board on alert. To deal with the situation, Steven Pollock made the decision to acquire a pharmacy in order to continue serving his customers. It is a success that the young mycologist could not enjoy for too long. It took less than a year to turn from victory to tragedy: the man who dreamed of finding cures for diseases and improving the quality of human life was murdered at the age of 33.

Thanks to the initiative of a passionate researcher, Psilocybe Tampanensis magic truffle is a variety that exists and is still acquired today.

A technical zoom on the Psilocybe Tampanensis truffle.

First of all, we must remember that magic truffles are not what we can compare to a real truffle. It is a being who is in truth a sclerotia: to put it simply, a fertile body of the magic mushroom.

To understand what a sclerotia is, you first need to know the developmental system of the fungus. In order to trigger the growth of this living being, the presence of the mycelium network is essential. The mycelium, also called mushroom white in common parlance, is a group of organs that ensure the growth of filamentous bacteria and our fungi when they are in the right conditions.

In order to survive, certain varieties of magic mushrooms will create a food reserve. This is when magic truffles are born, which are nothing but compact masses of hardened mycelia. It contains water and stored nutrients, which have the role of replenishing fungi when growing conditions are poor.

You got it right, magic truffles are sclerotia that exist as a food resource for the mushroom. Thus, they are living beings that only develop underground. It should also be noted that magic truffles do not grow back, no matter how you harvest them. Once unearthed, you won't find any more.

Do you know ? Psilocybe Tampanensis, from the Hymenogastraceae family, is one of the few varieties that produces magic truffles. Of the 200 different species of psychedelic mushrooms that exist on our land, we can only count a tiny percentage of those that produce these sclerotia. Among the best known, we can find Psilocybe Mexicana and Psilocybe Atlantis.

The physical aspect of magic truffles

Magic truffles are generally known for their peculiar appearance: their small condensed size, their rough yet tough feel, and their dark color. Some describe it as a frozen muesli! Its overall appearance remains independent of its condition and is not affected by its level of freshness. Usually treated in the same way as for magic mushrooms, magic truffles have the particularity of drying much faster. Indeed, its metabolism contains a low rate of humidity which varies mainly around 5 to 10%. The appearance of magic truffles is confirmed as it dries and wilts over time.

Its physical configuration is all the more interesting if we compare it to the magic mushroom. It is easier to anticipate the effect and be precise in calculating the dosage of magic truffles. This is due to the irregularity of the concentration of psilocybin that a hallucinogenic mushroom may contain. Its high water content causes it to vary in size and concentration of psychoactive compounds, which makes it irregular in its potency. It is therefore complicated to determine its effect accurately, as each mushroom differs from one to another. In conclusion, magic truffles guarantee predictable results, thanks to its compact and homogeneous composition.

The taste of magic truffles is often compared to that of nuts. Its aroma is said to be similar to the normal truffle that we know in the culinary world. Its initial weight, when freshly picked, can contain up to 50% to 70% water. It is during drying that we can observe the psilocybe tampanensis retract and retain only 30% to 50% water. The variety as well as the cultivation technique turn out to be important factors for these variations in weight.

The taste of magic truffles can also vary its state at the time of consumption. Freshly picked, its flavor can be felt to be strong. For those psychonauts who are not fans of their palates, it is recommended to enjoy them when the psilocybes tampanensis are dry. Its low water content allows magic truffles to be light. Despite its unique taste, it will remain close and comparable to that of dried fruits. It is a digestion which then becomes more bearable for its consumers.

The effects of Psilocybe Tampanensis truffle.

The strength of psilocybe tampanensis magic truffles is considered medium. It is not without reason that this species is also recognized as a philosopher's stone. The main effect it provides impacts our thinking, our existential side. His experience is often recognized as pleasant, while taking effect in a very great subtlety. Its greatest asset is undoubtedly its balance in the distribution of effects. Psilocybe tampanensis magic truffles can therefore be appreciated for their accessibility and is found to be compatible for those who want to start. For those who love the sensations, it is still possible to modify the effects of the psilocybe tampanensis truffle. It is enough simply to dose the amount of consumption and approach the recommended dosage. One can then rediscover the feeling of connection and oneness, discover a new perception of one's life and existence. The magic truffle can also generate continuous giggles, visions when we close our eyes. Not to mention that we will regain our sense of vision and hearing changed due to the effects caused.

Less intense than the Hollandia or Atlantis truffle, Psilocybe Tampanensis still has considerable overall strength. We can give it a rating of 4.5 / 5, keeping in mind that its strong point is its philosophical aspect. So this is a truffle that is perfect for psychonauts interested in the existential side of life, without having to miss out on the benefits of other aspects of the trip.

The legal status of Psilocybe Tampanensis in the world

Thanks to research by mycologist Steven Pollock, the magic mushroom ban has had no impact on magic truffles. The cloning and production of sclerotia could hijack the laws that have been passed since 1971 in the United States. A few years later, the countries of Europe gradually followed the movement regarding the legal status of the fungus. The Netherlands was then the last country to adopt the ban on magic mushrooms in 2008, without including the ban on sclerotia.

However, Psilocybe Tampanensis is still a variety that some states strongly oppose. Japan, for example, listed it in the list of 13 mushrooms specifically banned by law in 2002. Germany, meanwhile, declared Psilocybe Tampanensis as one of the most seized and confiscated varieties by police.

Depending on individual preferences, a certain specific dosage is recommended. For people wishing to have a powerful trip, it is advisable to take 15 grams of fresh magic truffles. For those who desire more subtle effects, a consumption of 4 to 5 grams of truffles is sufficient. It’s a trip that will last between 3 and 6 hours in any case. The onset of sensations, on the other hand, becomes apparent 15 to 30 minutes after ingestion. Stronger effects usually kick in after an hour or two.

For an optimal trip, it is recommended that psychonauts chew magic truffles well. Yes, it will surely prevent nausea cravings at the start of the trip, in addition to facilitating the absorption of psychoactive components.

If you prefer to consume it as a tea, be sure not to heat it in boiling water. It is a means of ingestion which can be very pleasant for those who are not fond of the taste. In both of these cases, we recommend that you take it on an empty stomach.

Directions for use to follow before each consumption of Psilocybe Tampanensis 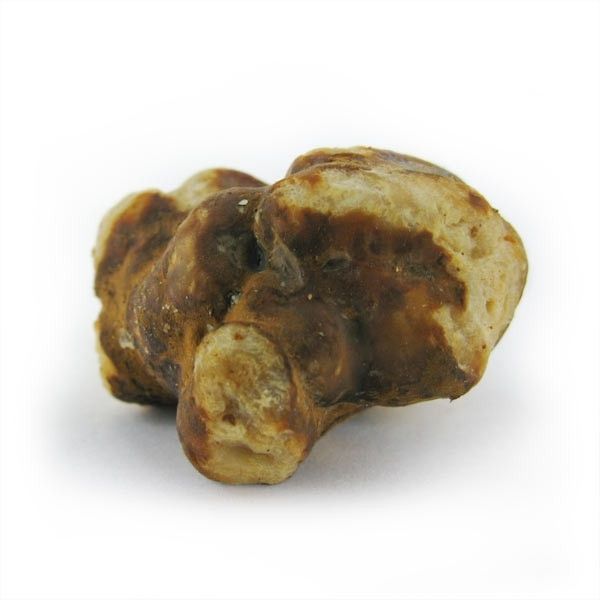 For the endnote, here is a list of reminders to consider before each trip:

Consider conducting the experiment with the company of a trip sitter
Avoid combining other psychotropic-type drugs with your consumption of magic truffles
Make sure you organize the trip in an environment of trust, but also calm
For a first trip, remember to test your sensitivity by starting with a small dose. In other words, avoid starting with 15 grams!
Do not plan to drive under the influence of psychoactive effects
Postpone your trip for another time if you are in a negative state of mind
Do not take it if you are under 18


Please feel free to share your experience or ask questions through comments. You can also find information on how to order psilocybe tampanensis on our online store here.