Kush is to Indica varieties what Haze means to Sativa. Much like skunk, kush is a term which can be used to describe a whole lineage of cannabis plants. We use the term Indica today to describe a type of plant which is found naturally (indigenous to) in the India Region.

Originary from Hindu Kush, a region between Afghanistan and Pakistan

Kush is to Indica varieties what Haze means to Sativa. Much like skunk, kush is a term which can be used to describe a whole lineage of cannabis plants. We use the term Indica today to describe a type of plant which is found naturally (indigenous to) in the India Region. At that time all plants were called Cannabis Sativa, but there was something very different about these varieties which required discrimination into another category, named Indica due to the region where they were first discovered.

Although we now know that Indicas are indigenous to more countries than just India, not only has the term remained, but the pattern of naming weeds after the locations of their discovery has remained also. The first ever Kush weeds that appeared were named in homage to the Hindu Kush, a mountain region which stretches across from Afghanistan into Pakistan.

Good for all the pockets

We decided to resurrect one of these old school Kush strains by bringing it into the modern era with a feminized only seed. Special Kush is our lowest-price seed, perfect for the budget grower. If you’re looking for some decent smoke without the heavy price tag, Special Kush is perfect for you.

Up to 3 meters outdoors and good yields

Special Kush likes to grow wild as if in the mountains of Afghanistan; this means it will fill up any space it can. Indoors, care should be taken that it doesn’t overgrow its space, but given enough space, like outdoors, it can grow to over 3 m tall.

It will be finished flowering in 8-10 weeks and can yield about 65-150 g per plant indoors, 475 g per square metre under a 600w light. Grown outdoors, it needs that warm environment such as can be found in Italy or North Africa. With enough sun, food and water, this tree can yield over 550 g per plant.

Generally, the buds from Special Kush are small and tight nuggets of frosty goodness which are spread all over the plant. The smoke carries a very hash-like taste with a full body stone present from its Indica background. This is a simple and basic plant, with good smoke, available in a feminized seed for a low price.

AHA-RQS
€32.67
The Amnesia Haze Automatic is the result of many years breeding. A cross of the Amnesia Haze, bred in The Netherlands in the 1990's by Hy-Pro Seeds. The original Amnesia, aka Amnesia Haze, Champagne Haze, The Bomb, Ultra Haze and many others names is classic Sativa strain, popular everywhere.
Tap to zoom 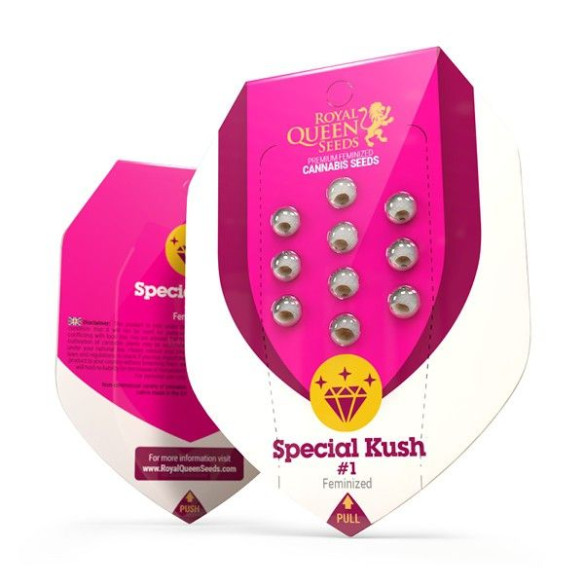 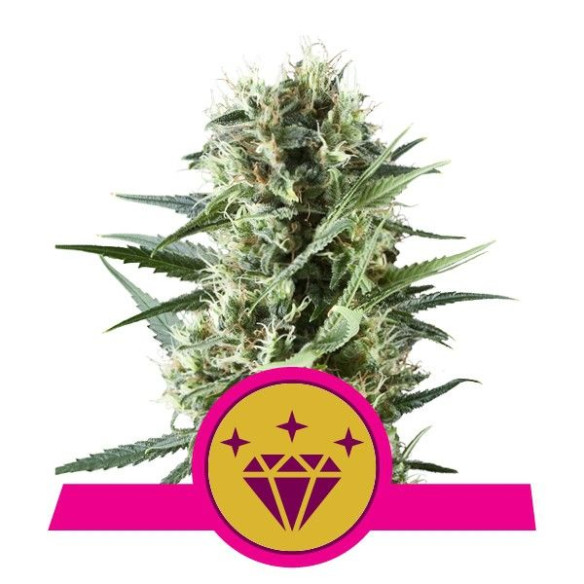